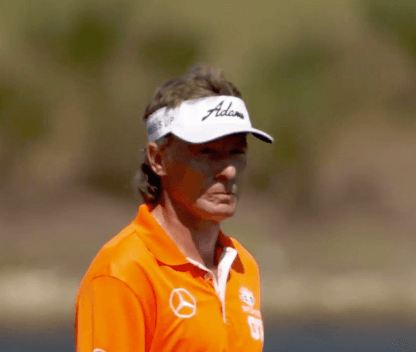 What You Can Use In Your Game From Watching The Pros

Tip #40  from my book, “Break 80! 52 Ways To Lower Your Golf Score Without Practice” is about using what is USEFUL from watching the pros. We all know that we play a different game than the pros and shouldn’t be concerned with things like backing the ball up on an approach shot when we have multiple double and triple bogeys to let go of – first and foremost!

However, what most golfers DON’T know is that sometimes, their scoring problem on a particular hole or shot comes down to simply not taking every shot seriously and focusing on everything you need to do to make a successful shot or putt…

Especially, the pre-shot routine. Pros NEVER make that mistake. After your next round, ask yourself how many times you casually went up to a shot or putt, and it cost you? Golfers are famous for forgetting that but very good at thinking they missed the shot because of some mechanical problem. Often, that’s not it.  Start becoming aware and make some easy fixes to lowering your scores…

Below is a quick tip from the book along these lines. Use it!

p.s. Want all 52 Ways To Lower Your Score Without Practice?  Sign up for these emails. https://break80golf.com/

40. What you can copy and learn from the pros 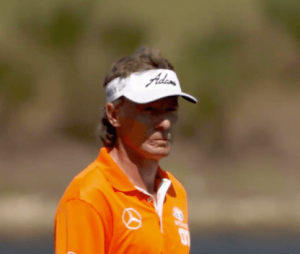 I recently attended the Senior U.S. Open Championship and watch some of the greats up close.  I was particularly looking for things that pros do that amateurs typically don’t, but could do.

The leader at the time and eventual winner, Bernhard Langer, really showed me how he sends the message to his unconscious mind as to where he wants the ball to go to.

From when he started his pre-shot routine through to the ball coming to a stop, he had the most powerful, steely-eyed stare at his target.

I intently watched his eyes the whole time and he only took them off the target for a short time when he had to to set up and then during the swing.

It was the most amazing thing to watch as I have never seen such a powerful intention on another golfer’s face as his. 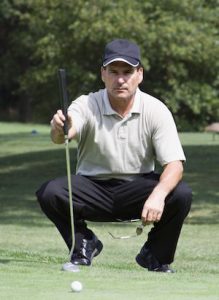 It was like there was nothing else but the target and the ball out there. No crowd, no noise from the other fairway, just him and the target. It was sort of like watching a kid play a video game.

Someone could have called his name and I’m sure he wouldn’t have heard it he was so focused on his target.

The other major noticeable difference between average players and pros is that they spend much more time and effort in reading a green.

They walk around and get different angles, they bend down and feel the grass with their hands, and they look so much more purposeful than amateurs.

You can do much of this while waiting your turn to putt so time is no excuse.

The only difference between a pro and you doing this and reaping the rewards…is effort.