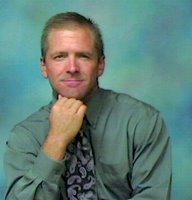 Welcome to my personal blog! It’s here that I will post my rantings and ravings that, well, just don’t seem to belong in written form anywhere else. For those that don’t know me, the one thing I hope you’ll get from me is that I’m a regular person just like you. I’ve got hopes and dreams and fears and faults the same as anyone. And, I love meeting, writing to and talking with people everywhere.
A quick history might be in order here. I was born in 1963 and grew up in Southern California. After graduating from Cal State Long Beach with a Finance degree, I moved to Seattle, WA with nothing but an old Dodge Colt, my clothes, my golf clubs and my fishing gear. I really enjoyed Orange County but the outdoors was calling me and my brother Mark helped me establish in the Northwest U.S. I also have another brother Eric and a sister Janelle.

Within the first year, I got married and was hired at Fedex Corp as a courier/driver. I always thought that was a temporary job while I figure out what “business” I wanted to create for myself. One of those ideas took us to moving to the Portland, Oregon area. That venture didn’t work out but I was still with Fedex and we liked the area so we settled down and ended up having 2 boys. The first few years, I golfed and fished a lot but soon felt again the need to stretch myself with classes and more business ideas.

I ended up taking a management job at Fedex that brought us to Tri-cities, Washington at the SE corner of the state. After 15 years and the last 4 years of pure stress at that job, I accepted a golden opportunity of a severance package as Fedex was downsizing. Here was my chance.

At the beginning of 2005, I began my internet business with my passion: golf. I didn’t know a thing but was determined to do whatever it took to make it happen. I had read many times that the biggest key to success or achieving an outcome is persistence and so I just went with that!

2005 turned out to be a year of change and experience for me. I completed training to become certified in Hypnotherapy and Neuro-Linguistic Programming as well as Time Line Therapy. I learned much from 2 mentors in internet marketing and my little business began to take off better than I imagined. But, on the other hand, my marriage fell apart and we became divorced. I wish her the best of everything in her life and I tell my boys that they are very lucky to have such a good caring mother.

I am still nuts about this crazy game of golf. It’s absolutely true that I was a 90’s shooter for many many years and now, I ended up 2005 with my handicap at 5.2. I play once a week in season, sometimes two and I still don’t practice. It’s not that I don’t have the time to work on my game now, I do. But I want to stay connected to all those millions of folks who love this game, want to improve, but really have more important obligations in their life than spending time on the range.

Golf has led me to so many different avenues of exploration, especially in the mind, and I hope to share this with you so that you can Crush Your Barriers to whatever you want that is waiting for you on the other side.