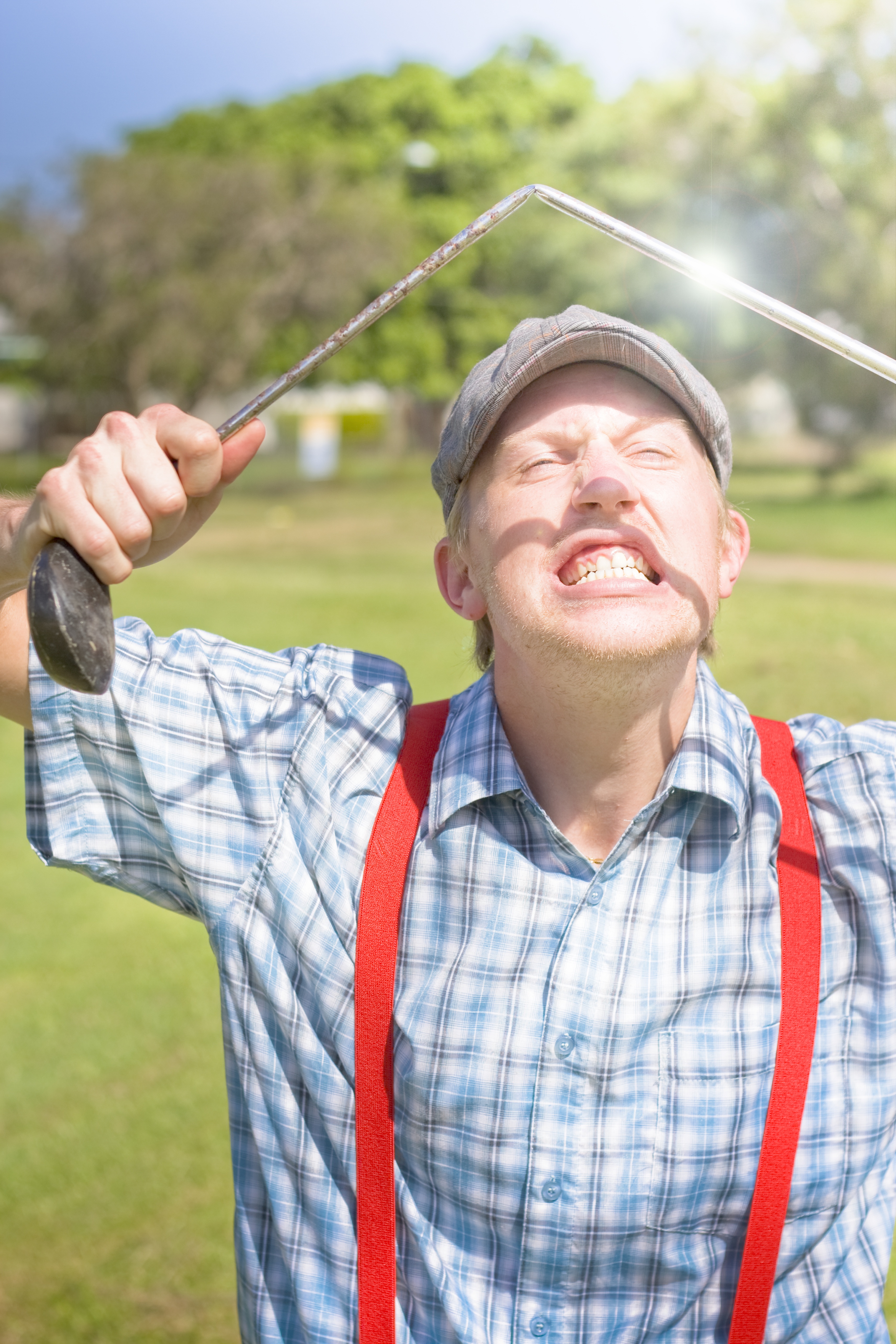 Controlling Your Emotions on the Golf Course – Part 2

This is the kind of scenery us golfers get to recreate in. It could be the picturesque contrast of the desert against a bright green grass, or fairways lined with majestic pine trees, or wetlands with wildlife and plants that you rarely would get to see otherwise. Most of us would admit that it’s one of the reasons we love this game; that we love the beauty of the outdoors. Even on a mini course in the heart of the city it’s still a welcome break from the normally chaotic scenes we take in our vision on an average day.

You’re there because you love it. You’re there because you want to be. It’s a release from our every day worries. It’s a respite from the pressures of our jobs. It’s a break from all those people who want a piece of you all day. It’s a time-out from stress and having to think hard to solve problems. And for some of us, it’s an opportunity to challenge ourselves when we don’t get enough of that to stimulate our brain as much as it needs to feel alive. On top of that, we get to do it with people of our choice, like-minded friends and friendly souls to exercise our social nature.

Even those who are there for the hard-core competition and big money ultimately do it for those same reasons.

What I’m trying to say right off here is that, we don’t deserve to get anger or frustration. What? No, we don’t.  But I just missed a 3 foot putt that cost me $100 and yes, I am angry about it and experiencing frustration!

Go and reread the first paragraph again. Doesn’t it seem downright silly to be angry given all that? Just the fact that we have enough money to be able to spend some of it this way puts us in the top 5% of people on this planet that can even afford it!! Do you know how lucky we are to be able to even play golf? Billions of people don’t know where their next meal is coming from and so we have only the right to be thankful and grateful. And yes, even a duty to really enjoy everything about this game, even the times when we don’t play so well.

The thought I hope comes to your head now is: “I never thought of it THAT way.”

I know, I never thought of it that way either until recently. We take so many things for granted in our lives and I’m now going to make every effort to be grateful and thankful and those conscious-directed thoughts will not only keep my body’s natural balance in order, but I believe it will also do something for my spirit.

I threw a club a few years ago !  It’s true! I was so angry with myself for missing a putt I thought I should have made. I winged my putter about 30 feet toward the next tee (didn’t want to have to do any extra walking you see- Hah!) You know, I wasn’t even so angry that I missed the putt as much as I was for not following all of my own advice that I’ve been giving out. I didn’t follow through and didn’t hold my finish and so the putt was a weak stab. I was angry for not living up to my own expectations. And how many times have I preached and written about not having expectations? And there I went and did it myself!

I would have given my unconscious the opportunity to consistently follow all the instrutions I’ve been giving it including making sure that I hold my finish on putts. It all goes back to internal representations, it always does.

Frustration comes from you expecting something to happen and you can’t figure out why it doesn’t or how to prevent it.

You get yourself wound up in this endless loop of “why me?”

More confession time: That day that I threw the putter, I was on the 6th hole and that putt was about 4 feet for a birdie. I had parred all 5 holes prior to that. So even after missing that putt, I was still at par. So I tried to get ahold of myself because I knew there was lots of holes to play. But guess what, the chemicals in my body had already been released from my little tantrum. My limbic brain had already hijacked my neuron transmission processes. I read in the book Emotional IQ by Daniel Goleman that when this happens, you are at the mercy of that part of your brain for awhile. Normal patterns of electrical impulses in the brain get redirected so that some information doesn’t get registered in parts of the brain that help with making informed decisions. Have you ever heard someone say something like “I’m so mad I can’t even see straight?” That’s a physiological fact.

I thought, no problem, I’m an expert at this kind of mental control and I’ll be fine. But I wasn’t! I was in denial and continued to play the same way I was before my losing it. And I double-bogeyed the next 2 holes. I never really recovered that day and my score showed it. I vowed to go home and figure it all out and find out why and never let it happen again.

You know, we’re all human. Give yourself a break! Get in the state of mind at the beginning of the round where you believe in your gut that no matter what happens you will still be enjoying the thing you most want to do – GOLFING!

The thing I want you to get from this article, this lesson, is that the best cure for negative emotions is prevention.  It’s so much easier to not have a loss of emotional control in the first place than to try to recover from one.

In Part 3, next time, I will talk about what we can do to get back into control when we do lose it. Until next time,