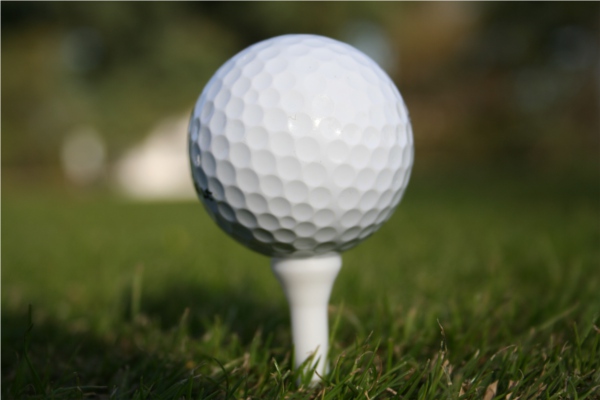 You can’t teach a player how to putt, but you can put across some of the basic ideas to help him get the ball rolling toward the hole.
Where do most of the tournament players spend the most time? On the putting green, of course. You can’t score without sinking the ball in the hole.

When one of the boys wants to give one of his fellow pros the needle, all he has to say is, “You’re the greatest putter in the world.” More nasty things have been said about putting than about Russia. From the high- handicapper to the scratch player to the touring pro, wails are heard about their putting.

I’m no exception. It’s normal to complain after you hit two perfect shots that travel 450 yards straight to within six feet of the cup and then miss the birdie putt. After all, the surface of the green is specially prepared to make the ball roll true. There’s no rough, no sand, and nothing to worry about except the cup. It sounds easy but, of course, isn’t. Other- wise, the men who build golf courses wouldn’t allow two shots to get to the green and then two more to get in the hole for a par. Of course, to score you have to one-putt, not only when you hit the greens but when you miss them, too.

When I won the Masters in 1960, I was putting good—no doubt about that. But you still have to play a lot of other good shots to win a golf tournament, especially such a prize as the Masters.

On the first hole of the last round, I hooked my tee shot away to the left of the fairway over some trees almost to another fairway. But I hit a two-iron onto the putting surface 20 feet from the pin and holed the putt for a birdie. What had looked like a sure bogey from the first tee became a birdie.

The second hole is a par five that can be reached in two. I landed in a sand trap on my second shot, but with an explosion shot got within two
feet of the pin. I figured that I was off to a flying start with my second birdie.   I missed the two-footer.
Don’t ask me what causes inconsistency in putting, because I can’t tell you, except that I feel that erratic putting comes from not doing the same thing all the time.

Pick the style which suits you best and stick to it. There are a couple of things, though, that have to be done no matter which way you putt. The blade must be square behind the ball at impact. In other words, the center of the ball and the blade of the putter are at right angles. And your head must not move when you putt. Any movement of the head not only will take your stroke off the intended line of flight, but also will prevent you from stroking the ball the same way all the time. You must see the blade of the putter contact the ball or you haven’t done the job right.

At one time or another I have putted every possible way, I think, except standing on my head. Some of them worked, some of the time. Some never worked. When I first went on the tour, I traveled by car. They joked about the trunk of my car, but it was no gag. When I opened it I had to be alert because there were 25 putters jammed in the back and they might come tumbling out.

Through trial and error, I came upon one way to putt that seems to
remain the same. I use the reverse overlapping grip, which sounds technical
but actually is the Vardon grip in reverse.

Although both hands move together, the right
hand does the putting. Many things can go wrong with a putt. You can read the greens wrong,
find a roll that isn’t there, or miss one that is. You can play a putt to break
left and it goes straight, or vice versa. And, most of all, on putts of 15 feet
or more, there is the problem of how hard to hit the ball.

I like to putt hard enough so that the ball gets past the hole. That way
it has a double chance of going in, once on the first putt and again on the
putt coming back. There is no worse feeling than leaving a putt short, dead
on line for the hole.   I think I’d rather get hit by Rocky Marciano.