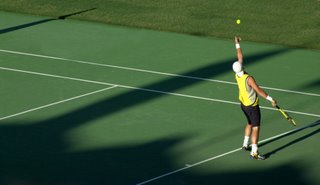 A funny thing has happened to me over the course of the last year. I’ve developed some intuition! 2 years ago, if you’d asked me about the word intuition, I would say that it is a word that only goes after the word “women’s”
Ever since I began my studies of hypnosis and NLP, strange things have been happening. Good things that I now believe are well within all of our capability.
I recently had a phone call with a professional life coach for his guidance as I am desiring to move into that field. I began to tell him about my experiences in this area and he just sort of chuckled like he was telling me…”no duh” as my boys would say.
I will just be sitting here at the computer typing away or building a webpage or something and then I’ll have an idea that I haven’t contacted a friend in a while and I’m wondering what they are up to.
So I send them an email. 5 minutes later, the phone rings and it’s the person I sent the email to except that they are nowhere near a computer or their email.
Now, the first couple times this happened, I brushed it off as coincidence.
But it keeps on happening!
My coaching mentor says that we just have to tuned into the little urges and voices that are sometimes very subtle. He also said that most men not only aren’t tuned in as many women are, but that they actively block these messages.
Big mistake. The power here is in listening to this inner guidance.
Haven’t you heard of stories of some folks who refuse to get on a plane or train or car because they are certain that there will be an accident, and then it happens?
One of the world’s top tennis coaches, Vic Braden, had the ability to say when a player was going to double-fault on a serve right at the point when the player had thrown the ball in the air on the second serve. He said of his ability “It literally scared me. I was getting twenty out of twenty right, and we’re talking about guys who almost never double-fault”
I have a great book recommendation for you that talks about this and other valuable points:
“Excuse me your life is waiting”

This is the power of the unconscious mind that I study.